A New Life for Sosa

Before she was even born, Sosa Evbuomwan’s parents knew their baby would be born with sickle cell disease.

Fortunately, having immigrated from Nigeria, they were familiar with the disease that causes significant pain, limits physical activities, and can lead to dangerous infections.

“My parents pursued sickle cell testing as early as they could, so I was diagnosed before I was even born,” says Evbuomwan, a junior and pre-med major at the University of North Carolina at Chapel Hill (UNC). “They were prepared to help me handle it, and for the first 12 years of my life, I worked really hard and was able to balance sickle cell in my life.” 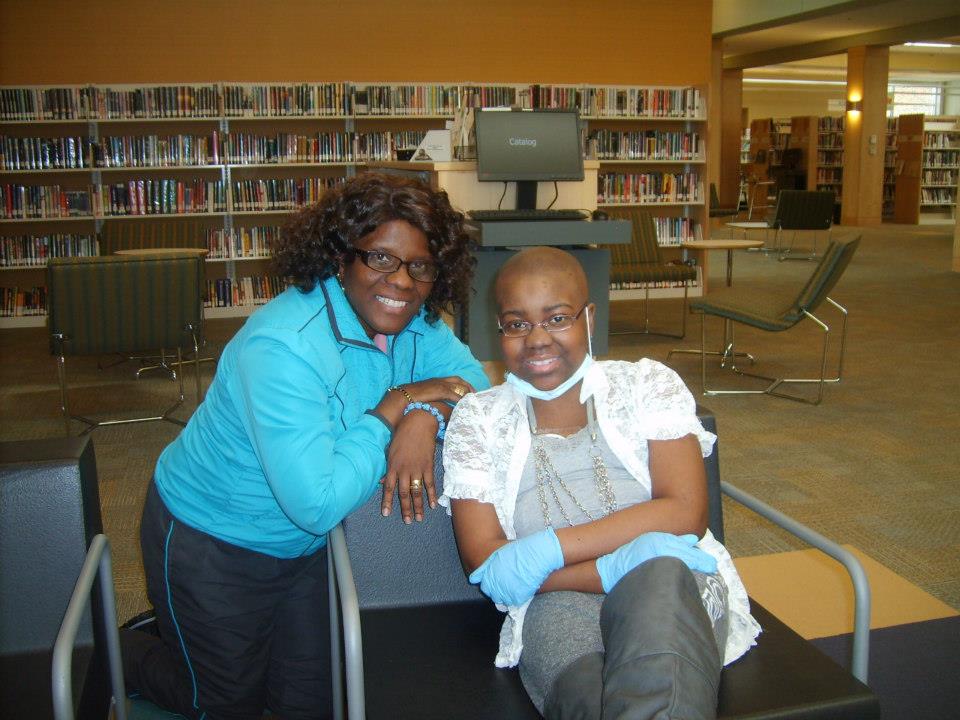 As a genetic condition, sickle cell disease has a 25 percent chance of emerging in a child if both parents carry the recessive trait. It’s characterized by abnormal — sickle-shaped — hemoglobin molecules that stack up like Legos in blood vessels, creating clogs over time. Not only do those blockages cause pain and potential strokes, but they can also prompt bacterial infections, particularly in the spleen, that can lead to sepsis and death.

Evbuomwan’s family knew these health risks, so they aggressively pursued treatment. Still, childhood was different for her. She wanted to be a cheerleader like her sister, but the chance of injury was too high. Instead, she danced, but the pain crises in her legs and elbows made it impossible for her to play sports or even participate in gym class in school. When she began receiving monthly blood transfusions, she dodged classmates’ questions, telling them she only received shots from her doctor.

“People would wonder why I couldn’t do some of the same things they could do,” she says. “But, because of the lack of knowledge around the disease, I tried to keep my world with sickle cell separate from my school world.”

Initially, Evbuomwan received treatment at UNC. After she developed moyamoya, a vascular problem that narrows blood vessels in the brain, and suffered multiple, asymptomatic mini-strokes, her doctors recommended blood transfusions. But, those procedures led to too much iron accumulating in her blood.

The answer, her doctors decided, was a stem cell transplant. For that, they sent the then-12-year-old to Duke’s Pediatric Blood and Marrow Transplant (PBMT) Program under the care of Paul Martin, MD, PhD, professor of pediatrics and PBMT division chief.

Unfortunately, Evbuomwan didn’t have a full-match donor, and the first transplant attempt using her brother’s half-matched cells in November 2011 failed. The next October, she underwent an umbilical cord stem cell transplant, a procedure pioneered in 1993 at Duke by Joanne Kurtzberg, MD, pediatrics professor and chief science officer for the Robertson Clinical and Translational Cell Therapy Program in Duke’s Center for Autism and Brain Development.

Umbilical cord stem cells do not have to be perfectly matched to a patient, Martin explains, because the donor baby’s immune system is immature. Although suppression of the body’s immune system after the transplant is initially required, over time, the cord blood cells adapt to the patient’s body in most cases, and the immunosuppression can be stopped. 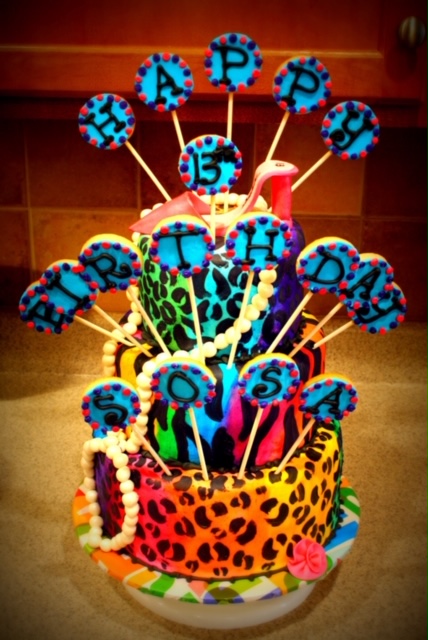 “I became a teenager in the hospital. My unit threw me a birthday party. I remember thinking, ‘I’m a 13-year-old girl, and I’m bald.’ It was a hard day, but it was still a great day.”

To prepare for the procedure, Evbuomwan received 10 days of chemotherapy, and she remained in the hospital a total of 60 days. During her stay, she even celebrated her 13th birthday.

“I became a teenager in the hospital. My unit threw me a birthday party,” Evbuomwan says. “I remember thinking, ‘I’m a 13-year-old girl, and I’m bald.’ It was a hard day, but it was still a great day.”

Throughout the procedure, she lost her hair, her skin began to peel, she developed treatment-related mouth sores, and she took a medication that she says made her angry all the time. She developed short-term type 2 diabetes, and she also contracted cytomegalovirus, a common complication among transplant patients that causes fever, sore throat, and fatigue. Even her blood type changed.

But, this time, Martin says, the transplant succeeded.

“Sosa just took off. Although she had the expected complications after transplants, she just flourished,” he says. “Her immune system came back strong, and she started feeling better.”

Once Evbuomwan returned to school, she embarked on activities that were previously off-limits.

“My life changed tremendously,” she says. “I started doing sports my sophomore year. That was a really big deal for me because it was something I always wanted to do.”

From her sophomore to senior year in high school, she was a member of the varsity swim team and ran cross-country. And, without the frequent pain crises, she started weight lifting.

Thanks to the transplant, her extracurricular activities have been substantial in college, as well. Rather than focusing on athletics, she’s concentrated on academics and promoting the university, she says. For example, she currently serves as the speaker pro tempore of the undergraduate senate.

“It’s out of my comfort zone, but there was a need for more representation of my community on campus,” says Evbuomwan, who also works as a student research assistant in an immunology lab on campus. “In that setting, I’ve found the interdisciplinary connection between politics and medicine. And, I’ve been able to use the skills I’ve learned as a leader in student government to prepare me for being a future physician.”

Additionally, Evbuomwan, now 20, also serves as an admissions ambassador, giving tours to prospective UNC students and their families. In this role, she also represents the university on multiple student panels and helps with Admitted Student Day activities. Similarly, she is a Carolina Football Ambassador, a position that participates in promotional events, pre-game activities, campus tours, and welcoming fans to campus.

Martin credits Evbuomwan’s activity level and successes to her strong personality. Her dedication and perseverance have led her to significant accomplishments.

“Certainly, anyone meeting Sosa who didn’t know her history would never be able to guess she ever had sickle cell,” Martin says. “She can do practically anything she wants. It’s a combination of the medical condition of her body, the force of her spirit, and what she’ll push herself to do.” 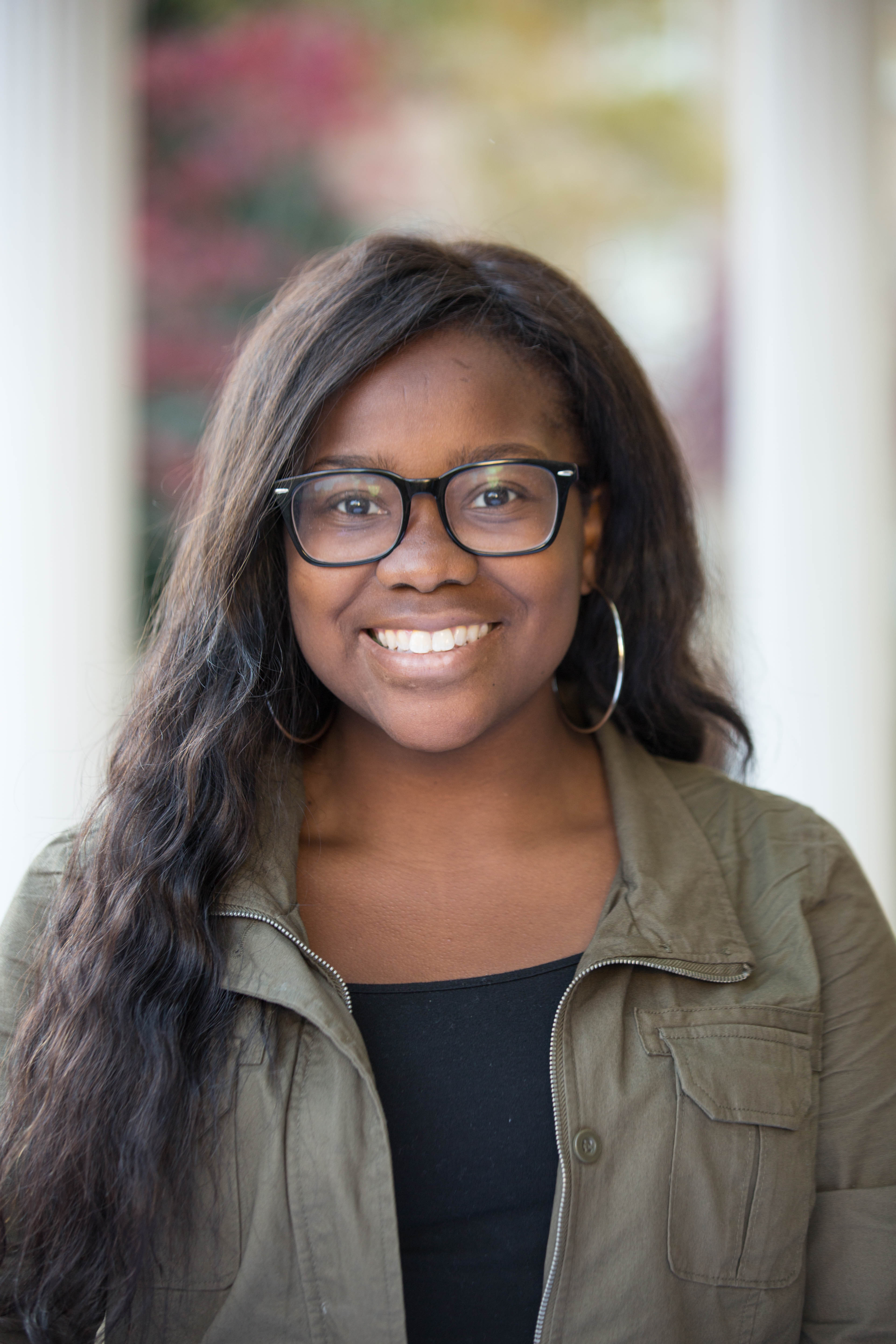 Certainly, anyone meeting Sosa who didn’t know her history would never be able to guess she ever had sickle cell. She can do practically anything she wants. It’s a combination of the medical condition of her body, the force of her spirit, and what she’ll push herself to do.