THE HEART OF THE MATTER 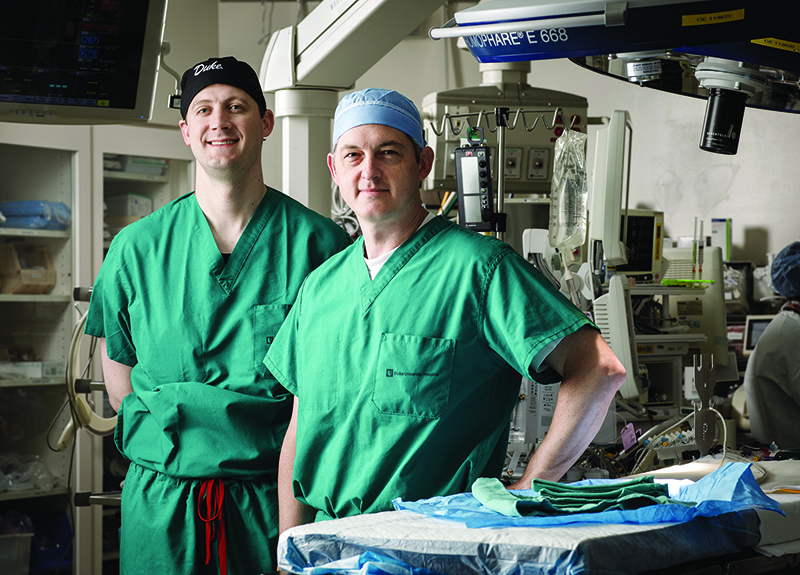 Sometimes when a heart malfunctions the defect is obvious, other times it’s hidden. Sometimes a heart malfunction is discovered before a child is born and other times it remains unknown even after death. At Duke Children’s, doctors are developing new research and treatment methods that solve both the clear and murky cases involving a child’s heart. The scientific and clinical insights gained by these methods promise to improve the quality of life for millions of pediatric patients with congenital heart disease.

As chief of pediatric cardiac surgery and executive codirector at Duke Children’s Pediatric and Congenital Heart Center, Joseph W. Turek, MD, PhD (pictured above on right with Nick Andersen, MD), has performed a special procedure called the Norwood operation hundreds of times. The operation is necessary when a patient has only one of two pumping chambers in the heart.

Within their first two weeks of life, babies barely bigger than a five-pound bag of sugar require surgery to re-plumb the heart so a single chamber functions as two. Historically, the surgery was performed while the heart was stopped and the organs were cooled, slowing blood flow. 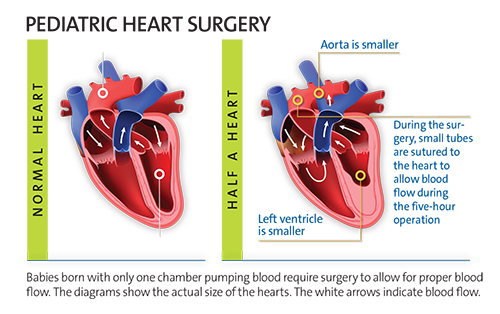 Over the past several years, Turek and his team have enhanced the Norwood operation to provide blood flow to all vital organs, including the brain, kidneys, and heart, during surgery. They perform the operation as the heart continues to pump, sewing tiny tubes into a tiny heart the size of a strawberry to supply the precious fluid during the five-hour operation. This innovation in the procedure lowers the chance of organ malfunction, giving the patients better odds for surviving until their next operation.

“I never forget the child I am operating on is someone’s baby and everything to them,” says Turek. “I want to do everything I can to help these children live long, productive lives and advance the field in the process. This is what attracted me to pediatric heart surgery in the first place.”

I never forget the child I am operating on is someone’s baby and everything to them.

Unmasking the Mysteries of Genetic Mutations

Andrew Landstrom, MD, PhD (pictured right), shares Turek’s passion for pediatrics. He joined Duke as an assistant professor of pediatrics in the summer of 2018 to study heritable 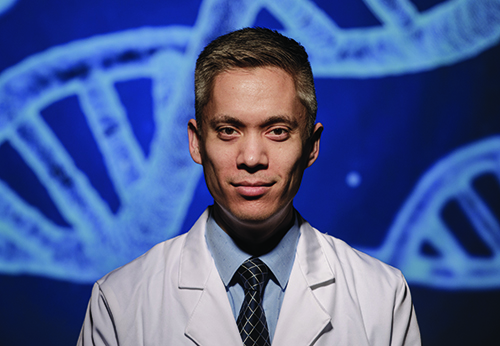 heart diseases that can cause sudden cardiac arrest.

“I have always loved genetics, and over time I realized that pediatric medicine and the early identification of these diseases could make a crucial impact,” Landstrom says.

A myriad of proteins modulate the heart’s ability to contract. Landstrom sifts through a child’s DNA to determine if there are any errors in the genetic code associated with these proteins. If the code contains a typo, it could indicate that the child’s cells are making a defective protein that can impair heart function and may lead to a sudden arrest of the heart.

“Often times we are talking about a single misspelling out of four billion nucleotides. That is enough to cause a potentially lethal cardiac disease,” says Landstrom. Such a minor mistake deep in the genome can result in the sudden death of a child who seems in good health. Landstrom hopes his research efforts will assure that no child dies unexpectedly from these types of diseases.

Recently, Landstrom began a collaboration with Duke’s head of pediatric neurology to investigate a gene mutation not previously associated with cardiac events. The misspelled gene is known to cause seizures, but he had just lost an otherwise healthy pediatric patient to a heart arrhythmia, and she was carrying a mutation in this gene.

With the permission of her parents, Landstrom collected some of the patient’s blood cells, which he transformed into living stem cells from the child. He then changed the child’s stem cells into heart cells, creating living cells that can be studied to explore why she died.

Just as a child can die unexpectedly from mutations that affect their heart, so can an infant. Landstrom says it’s likely that some sudden infant death syndrome (SIDS) cases are due to an unknown, misspelled gene which causes a lethal cardiac arrhythmia. But he is aware that genetic information must be handled carefully, particularly in infants and children. “With more genetic testing comes more uncertainty in how we interpret it,” says Landstrom. “Making an incorrect diagnosis of a potentially life-threatening disease in a child may mean you get unnecessary medications and, potentially, procedures. Genetics can be a red herring that leads us astray.

He is working on expanding genetic testing to identify every error in the genome that is a marker for disease. He hopes that one by one each gene will be studied and better understood so that someday there will be a clear list of the cardiac effects of specific mutations. Since the genetic error runs through an entire family tree, the implications are profound. “If properly managed, to me, it represents the new frontier of pediatric cardiology,” says Landstrom.

Both Turek and Landstrom credit the team mentality at Duke University Hospital for their ability to be successful in their work. Collaborating across disciplines and applying practices from adult procedures improves the level of care they can give their pediatric patients. “Our program here at Duke is one of, if not the most, innovative pediatric heart programs in the country,” says Turek.

"If properly managed, to me, it (genetic testing) represents the new frontier of pediatric cardiology."

Andrew Landstrom
Assistant Professor of Pediatrics in the Division of Cardiology